What Damage Does a Blizzard Cause? 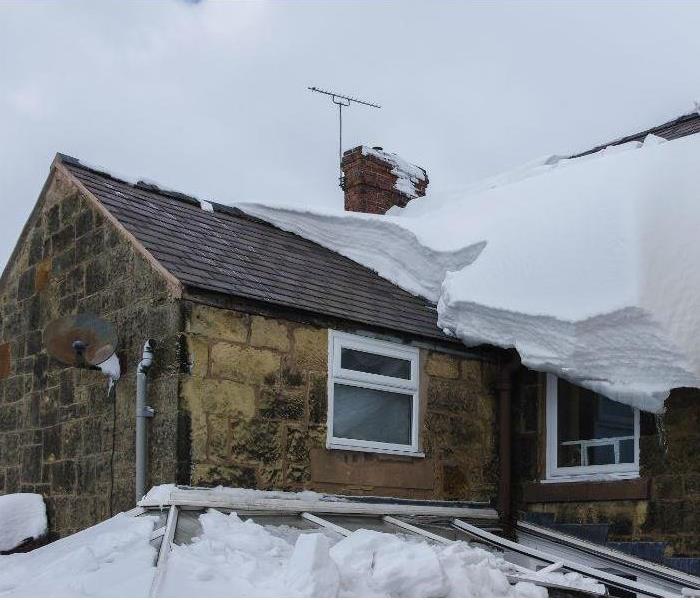 Snowfall in Colorado can be extreme. Every season here among the Rockies, we hunker down and prepare for the worst.

Harsh winter weather takes a toll on all of us, regardless of whether we’re a property owner or not. Our commutes are lengthened due to inclement weather, there are road closures, and CDOT snow clearing vehicles often work overtime to keep our urban areas safe for motorists.

With all of the inconveniences that come with heavy snowfall, one of the chief among them is the damage that it can cause. Blizzards in particular can be the source of extensive exterior and interior damage to residential and commercial buildings.

At SERVPRO of Denver West, we are experts at diagnosing and remediating damage caused by environmental events like blizzards, snow squalls, and hailstorms. Given enough time, virtually every building in Colorado will eventually encounter damage due to destructive winter weather.

Because blizzards often carry with them a host of unforeseen damage potential, we’re going to explain why it is that these weather events can be so ruinous. With a little preparation and some understanding of what could happen, you can help protect your property and have a better handle on what to do should a Colorado blizzard find its way to your doorstep.

The Cascading Effect of Big Snow

It’s not unheard of for blizzards to completely shut down entire cities.

From March 17th to March 19th, 2003, more than 31 inches of snow fell in the metro Denver area. This unprecedented volume of snow caused numerous suburban communities to lose power for long stretches of time, and it was nearly impossible to travel on any of the surface streets or interstates.

This blizzard was followed by multiple days of freezing weather, which further compounded the problem. As Coloradoans unburied their cars, patio furniture, and storage sheds from underneath all of the snow, they quickly discovered just how damaging blizzards can be. The most significant damage that was caused by this snowfall didn’t even take place on the days when the snow fell.

Rather, it was the days after the blizzard when most of the costliest damage was incurred by home and business owners.

Here are some of the biggest reasons why the aftermath of a Colorado blizzard is so destructive:

Thankfully, there are some things you can do to stay safe before a blizzard hits. Stay tuned to your local news source, stock up on emergency food rations, and apply salt to exterior areas where snow and ice accumulation is likely.

After the Blizzard, Call the Clean-up Wizards

No matter how bad blizzard damage is, there will always be SERVPRO of Denver West staff available to help with the restoration effort after the fact.

If your home or commercial building ends up on the receiving end of a particularly nasty blizzard, be sure to contact SERVPRO of Denver West for help restoring your property safely, quickly, and effectively.