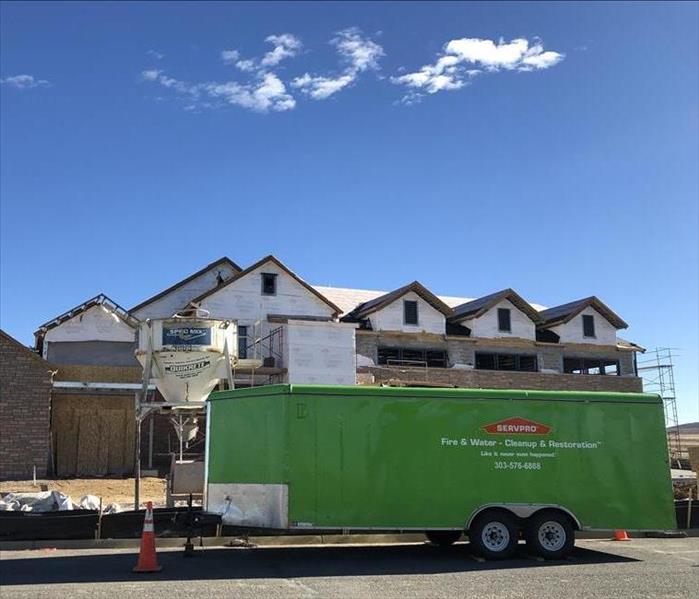 SERVPRO of Denver West responded immediately to  the fire damage facing Fire Station 15. A fast response is the key to help prevent additional damage and reduce the restoration cost.

SERVPRO of Denver West was on site to asses the damage facing Fire Station 15 and to begin the restoration process.

An Aurora fire station under construction and set to open in a few months burned Wednesday afternoon.

Aurora Fire Rescue firefighters, stationed in a model home in a nearby subdivision, responded to the fire in their soon-to-be new home just before 5 p.m. according to Denver 7 News.

The television station reported flames were shooting from the roof of the Aurora Fire Station No. 15 in the Murphy Creek neighborhood.

No one was inside and no injuries were reported, the television station reported.

News 9 reported the fire station had been under construction since the summer and was set to open in the first part of 2018. It was being built to keep up with growth in the region.

The fire was confined mostly to the attic area and the cause of the blaze is under investigation by Aurora fire authorities. It is not believed that construction equipment started the fire.